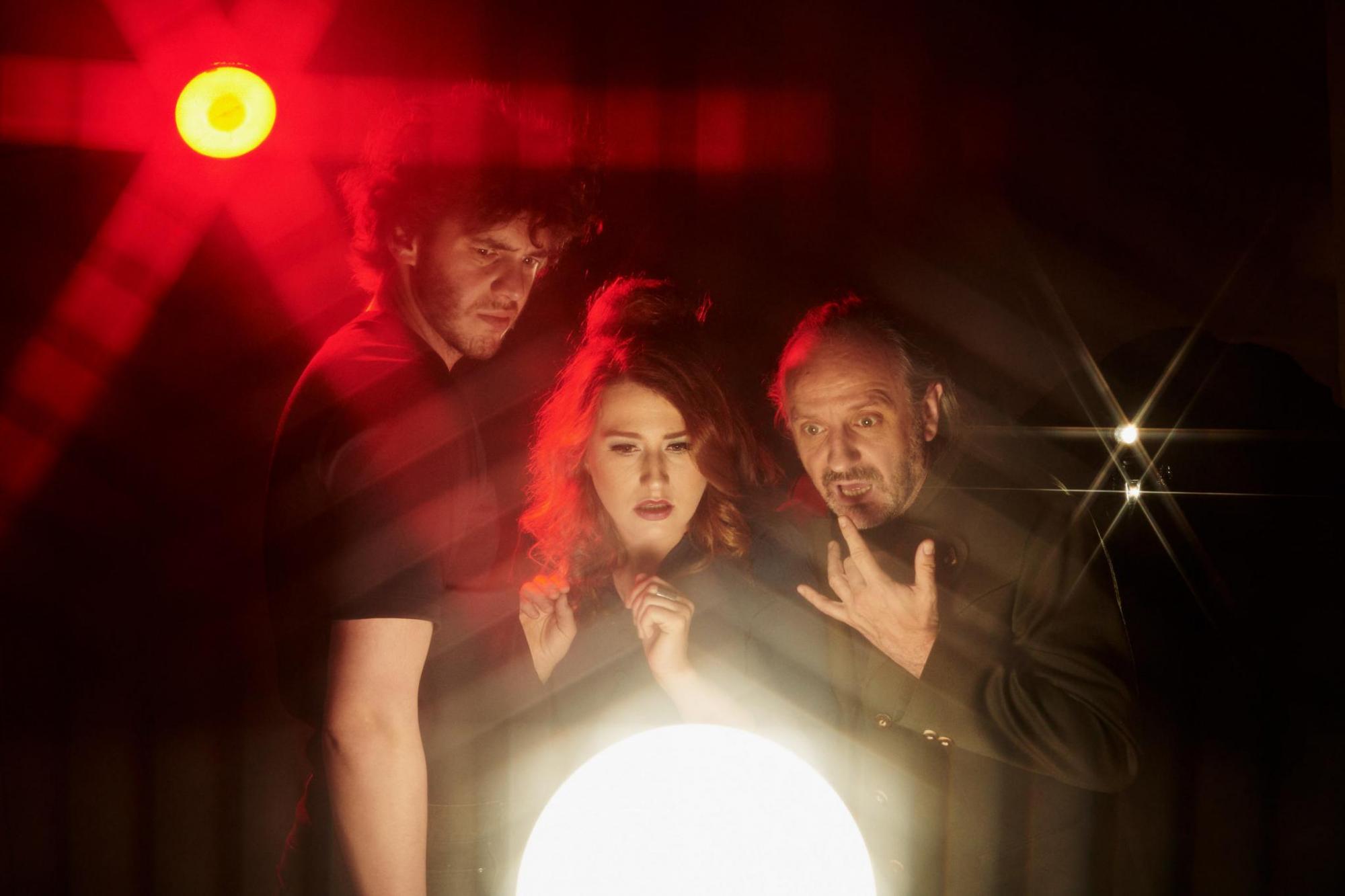 The Fatal Death of Werner Gruber

A science fiction satire about a Lower Austrian governor from the future, a witty telephone astrologer and TV physicist Werner Gruber. 2082: Governor Johann Schranz fears for the absolute majority of the Conservative Party in Lower Austria. His big rival continues to win in the polls. Schranz wants to prevent an election defeat at all costs and has a perfidious idea: He travels back to the year 2018 to kill the mother of his future social democratic adversary and thus prevent his birth.

Telephone astrologer Silvia Stasny is shocked when one afternoon she receives a visit from the future governor who wants to shoot her in cold blood. But Silvia succeeds in playing for time and engaging him in a conversation about desserts, the commuter package in the asteroid belt, rapeseed fields on Mars and dirty election campaign methods. Until suddenly TV physicist Werner Gruber shows up and the story takes a fateful turn … The piece written by Marc Carnal, directed by Klara Rabl, combines the intimate atmosphere of a radio play with rapid stage action. Dolores Winkler, Reinhold G. Moritz and Benjamin Vanyek not only lend their voices to numerous characters, but also generate all the sounds themselves in an experimental manner and a vast amount of acoustic props.

The fateful death of Werner Gruber is a detailed acoustic chamber game with a subtle wit that covers a wide range of topics ranging from national politics, astrology and pseudoscience to online dating, thereby creating a provincial dystopia caricaturing political wickedness in rural politics.

„…the fact that there is a lot to see in a radio play gives this piece a unique charm.“
– Falter

„Literature as a live experience – what more could you ask for?“
– Servus TV

„The Fatal Death of W.G.“ featured on Servus TV (german)

This website uses cookies to improve your experience while you navigate through the website. Out of these cookies, the cookies that are categorized as necessary are stored on your browser as they are essential for the working of basic functionalities of the website. We also use third-party cookies that help us analyze and understand how you use this website. These cookies will be stored in your browser only with your consent. You also have the option to opt-out of these cookies. But opting out of some of these cookies may have an effect on your browsing experience.
Necessary immer aktiv
Necessary cookies are absolutely essential for the website to function properly. This category only includes cookies that ensures basic functionalities and security features of the website. These cookies do not store any personal information.
Non-necessary
Any cookies that may not be particularly necessary for the website to function and is used specifically to collect user personal data via analytics, ads, other embedded contents are termed as non-necessary cookies. It is mandatory to procure user consent prior to running these cookies on your website.
SPEICHERN & AKZEPTIEREN